Have you suffered when buying a holiday home in Bulgaria?

‘Uncle Bulgaria’ shares his shocking experience of buying an apartment on the beautiful Black Sea coast of Bulgaria and explains how, as a group of owners, they are fighting back. 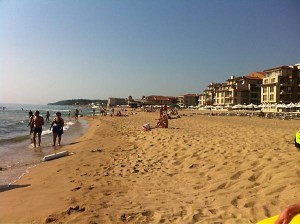 The brochures looked amazing – the specifications were going to be of the best quality, the construction methods first class…. The development was going to be frontline as in Bulgaria it was illegal to have a building too close to the shoreline. Where was it that we were going to find trouble? Bulgaria was not long out of the Eastern Block countries of the former Soviet Union, the future was bright.

With the accession of Bulgaria to the European Union coming soon when we made reservations in 2004 it was all set fair and was only going to go one way – the path to success!

Where did it all go wrong? Having too much trust in the fact that the front men for the development were Norwegian, and thinking that Norwegians would behave very well in business.

We have ended up with a website called www.chaosinbulgaria.com where we have twitter feeds managed by our figurehead “Uncle Bulgaria” who writes weekly updates which get sent to the very people who have ripped us off. Our network is immense…It includes the massive support from one of our Members  of European Parliament Mr Brian Simpson who has been closely involved with  us for more than three years. We have contact with three multinational energy companies, we have had meetings at board level with two Bulgarian energy companies, we have direct contact with the water company. We also have contact with two embassies in Sofia and the Bulgarian Embassy in London. We have contacts at The Bulgarian Regulator for Electricity and Water’s Office in Sofia, we have a friend in Sofia who hand delivers letters to this very office in Bulgarian and English. Our network is possibly the biggest of any group battling against the chaos in Bulgaria. Did we foresee this? Absolutely not.

Did the owners select the wrong location? Not at all. The Black Sea Coast in Bulgaria is beautiful, and the less developed resort of Obzor has some of the finest beaches without any of the overcrowding of the more famous and vastly over-occupied Sunny Beach or Golden Sands.

What we should have done as owners became apparent only after the money had been exchanged, and the documents and working practice at the complex were experienced first hand.

The fact that a whole complex was built between our “frontline” complex and the beach suggested that there were things which were wrong, very wrong, somewhere. 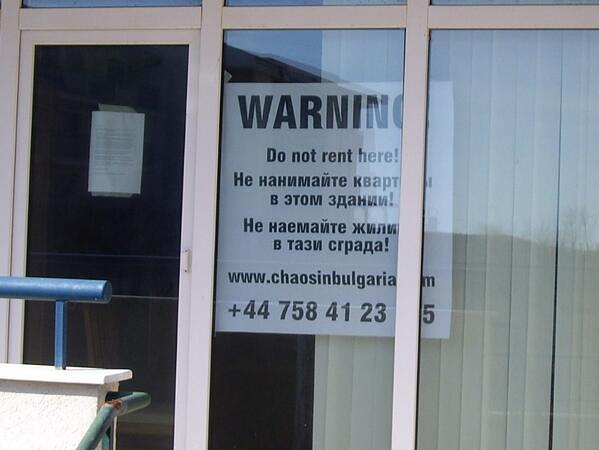 As owners, had we understood how the complex was to be run, would it be run in accordance with Bulgarian Condominium Law, would there be an Owners’ General Meeting? Would the owners be presented with a budget every year?

You are beginning to get the picture. In terms of the demographics  – we have an interesting cross section of people – well thinking about it, that’s not true at all. Unlike many developments where investors buy “off plan” to make a quick buck, the owners at Prostor were without exception people who had been motivated by a desire to have a place of peace for themselves and their families. Mostly middle aged and people who had worked hard to get into a position to make such an investment, the owners have all been cheated over seven years of misery and chaos.

What else were the issues? The electricity and water supplies were never installed in the correct way, with the developers who had morphed into the management company charging four times the going rate per unit of electricity….. and fabricating meter readings.

The developers ripped everyone off, claiming in one instance that money which had been sent had not been received, and then demanding from one vulnerable and trusting owner that money be transferred to the Cayman Islands.

The reputable building company which had the building contract were sued for poor build quality, and the proceeds of that court case should have been ring fenced and used to make remedial repairs. This money disappeared without trace. You literally could not make it up – the story thus far is literally unbelievable.

Our belief is that the developers had hoped that we would have either subjugated ourselves to their “rip off “ complex or else just walk away.